Part of Essential Services During Lockdown

Welcome to Pest Managers. Our specialties are Pest Control, Bird Control and Hygiene Services. Feel free to contact us and we will assist you as soon as possible.

Based in Cape Town, Western Cape.

We service all areas around Cape Town.

In addition our service areas include Pest Control for Stellenbosch.

Above all we offer the Best Service. 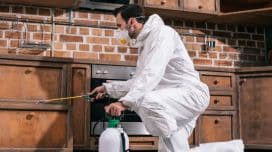 Most Important we eradicate all types of pests.

Consultations and quotes provided over the phone or at your premises.

We provide Pricing to suit your budget. 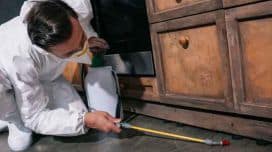 Getting rid of Cockroaches

We specialize in the Eradication of Cockroaches.

There are 3 main types of Cockroaches in Cape Town.

Pricing for Pest Control Varies in accordance to infestation and size of premises.

For example we do not charge the same for cockroach fumigation if the entire home is infested versus only the kitchen.

Our pest control pricing is affordable and our guarantees on success is very high.

Fast and effective control of pests can be achieved by using our Technologies.

Because we practice Eco-Friendly Pest Control we naturally place our environment first.

We use target specific practices to eradicate only the pest being a pest. 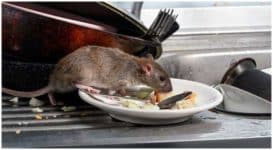 How to get rid of rats and mice

Because we use Eco-Friendly products we are on the cutting edge of pest control procedures for maximum results.

Our baits we use are Predator Bird Friendly. 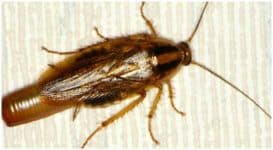 We have a Excellent range of Treatments to choose from call us for a consultation.

This is one of specialties our proven track record speaks for itself.

As a result you can be rest assured we will solve your infestation!

We have a range of treatments to suit your needs. 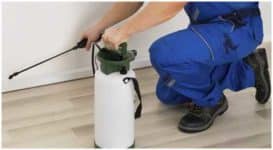 We do pest control for the following types of pests.

Most importantly we use only the best Pesticides for Pest Control available.

We are a 5 star rated google business.

Ready to help at a moments notice

We service all of Stellenbosch for Pest Control.

All our Products are 100% Biodegradable

Our Rodent poisons are Owl friendly

We will match any quote(T’s and C’s Apply)

Pest Managers Pest Control Services are based in Cape Town, Western Cape. As a result our service is faster. We service from the Southern Suburbs through to the Northern Suburbs and surrounding areas in the Western Cape.

As a fact we are your premium service provider for reliable, cost saving pest control. In conclusion the technologies our company uses will ensure results.

Above all we provide a wide range of quality pest control treatments. The best technologies available in the industry, cutting-edge pesticides and revolutionary pest control measures. In other words we guarantee we will solve your infestation and eradicate your pest problem.

Certified and Accredited with Industry Bodies

We are industry leaders in competitive pricing we deliver dependable customer satisfaction and fully guarantee our services.

How we define what we do

Above all we are managing and controlling a species commonly found in and around your residential home, commercial business or Industrial premises.

These pests have a negative effect on our Human condition. They affect our health and cause damage that needs to be stopped.

In conclusion control can be achieved by applying Pesticides and Rodenticides. In addition setting traps and closing of entry points are necessary steps towards solving pest control issues.

What are Pesticides used for?

Firstly insecticides are used to control insects and insects are defined as a small arthropod animal that has six legs and generally one or two pairs of wings.

Secondly herbicides are used to control plants and can be defined as a substance that is toxic to plants, used to destroy unwanted vegetation.

Thirdly Fungicides is used to control fungi and can be defined as any member of the group of eukaryotic organisms. That includes microorganisms such as yeasts and molds, as well as the more familiar mushrooms.

These organisms are classified as a kingdom, fungi, which is separate from the other eukaryotic life kingdoms of plants and animals.

As a result our products will not harm any pets or humans after the pest control treatment has been performed.

While pests can cause a lot of problems and inconvenience, we are still passionate about wildlife at Pest Managers.

In conclusion, we strive to select correct treatment methods to conserve the environment. In addition we strive to eliminate killing life that was not targeted. Examples are bees, earthworms, geckos and beetles.

We look forward to helping you with a custom solution to your pest problem.

What do we as specialize in?

For instance some of our main professional exterminator treatments are cockroach control and cockroach fumigation services.

Please make use of our Fumigation Services contact us on 021 012 5589. In addition we service Southern Suburbs, Northern Suburbs and Stellenbosch areas.

Above all our Fumigation methods are guaranteed. You will be happy to know our Pest Control Services in our Mother City are backed by our years of experience. In conclusion you are guaranteed great service coupled with a guarantee. All pest control certifications from the department of agriculture are in place.

Definition of our Services

“By definition the word pest control means a destructive insect or other animal that negatively affects furniture and clothing, crops, food, livestock and humans.”

How do we Exterminate?

Our methods for exterminating pests are always determined by what type of pest it is we are eradicating.

We use different types of poisons and insecticides to control and to exterminate various pests. These pests include rodents or rats and mice and pests like ants, bed bugs, cockroaches, fleas, bird mites, lice and wasps.

The importance of pheromones in integrated pest management.

Mating disruption, mass trapping, attract-and-kill, and push-pull are some of the direct pest control strategies that depend on the use of pheromones.

In the case of weevil pests, pheromones are produced by males to attract both males and females and are thus referred to as aggregation pheromones.

Understanding Pheromones is directly linked to integrated Pest Management. It opens up our understanding of how in general pests operate and gives us insight into behavioral patterns.

For farms to produce healthy and abundant produce they have to safeguard against pests that ruin their production.

When pests invade crops, crops lose a percentage of their value. If the value of the crops are not sustained then the farm has lower local and export produce value.

In effect pests are directly linked to our countries GDP.

It is fairly simple to see that pesticides when used correctly can have a very positive impact on a country and its economic stability.

At Pest Managers we are the experts at extermination, but at the same time we still consider the environment.