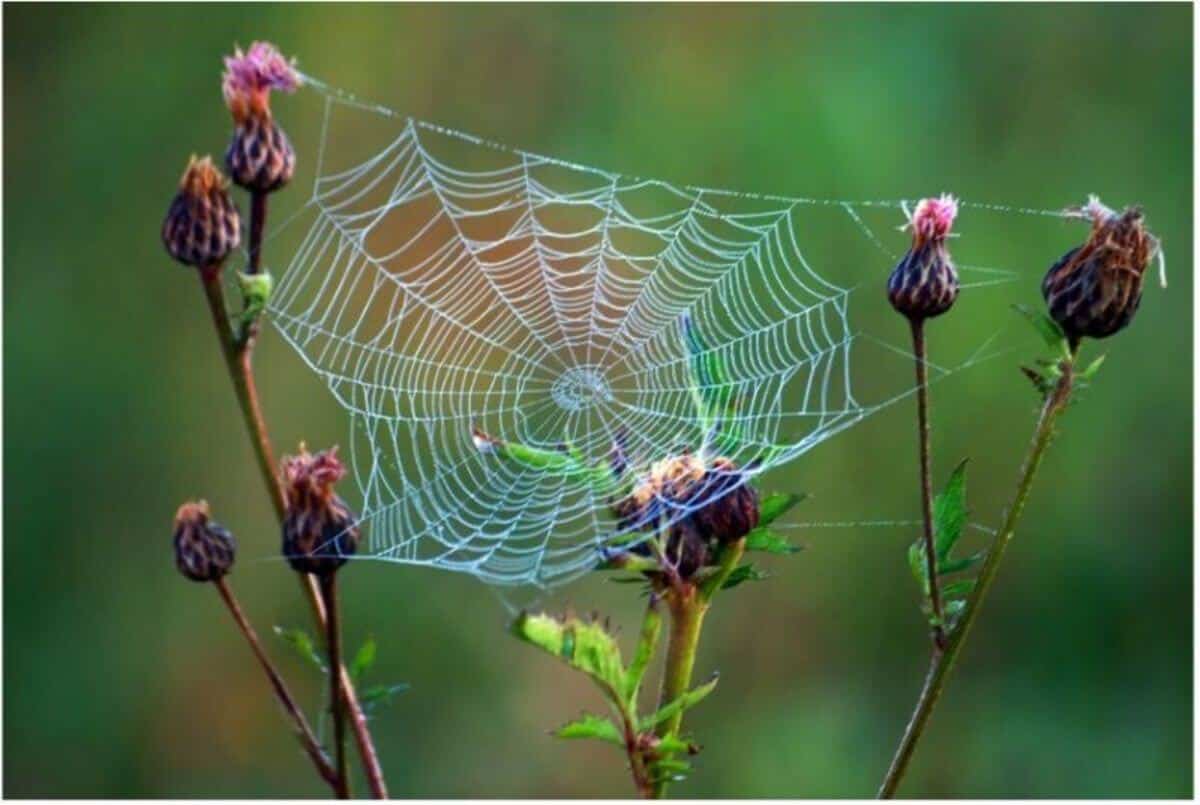 The Western Cape has a rich ecosystem containing many indigenous species of spiders. Even though these spiders perform a vital role in insect population control, many of them pose a legitimate health and safety risk to us humans. When an infestation of spiders calls for the need for pest control Cape Town residents can look towards companies such as ours. We at Pest Managers offer dependable and expert pest control services to clients across the Western Cape.

Most spiders do not pose a threat to our safety but there are plenty that do, especially in this green province. With the summer months around the corner now, it would help to know which of this province’s spiders are worthy of your concern. Knowing what spiders are able to cause harm to humans will protect you and your family from the dangers presented by these critters. And knowing how dangerous particular spiders are can inform your decision on whether or not assistance from pest control Cape Town is necessary.

Remember that deaths resulting from spider bites are incredibly rare. As a matter of fact, South Africa is yet to record its first case of fatality rising from a spider bite. If you are unable to identify a spider that has bitten you, professional medical advice can be dispensed by the poison unit of Tygerberg Hospital. 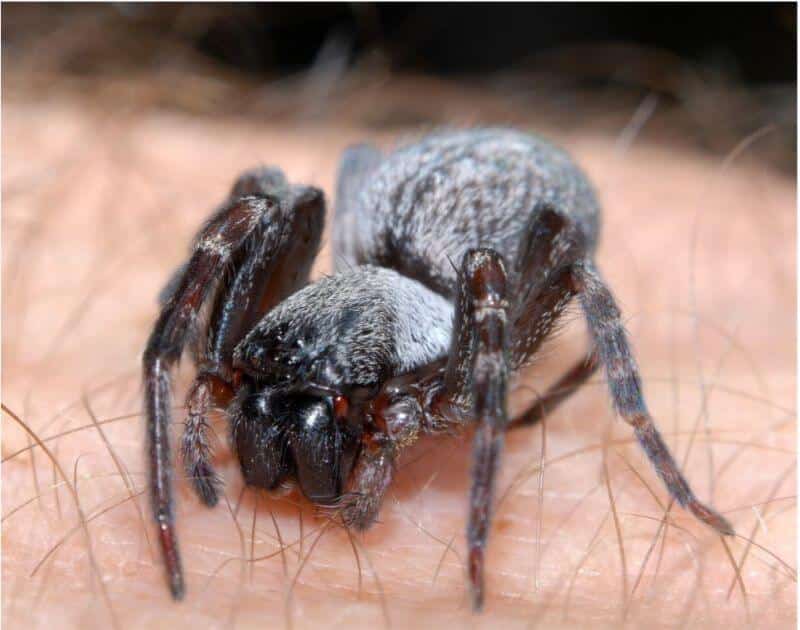 In order to better deal with arachnid pest control Cape Town homeowners could benefit from developing an understanding of what sort of spiders are found in the Western Cape, how they look, and the kinds of environments they lurk in. The most dangerous spiders that pose a legitimate risk to your health and safety are those that are venomous. If you would like to know what species of spiders to be wary of, here is a list of the most common venomous spiders found in the Western Cape: 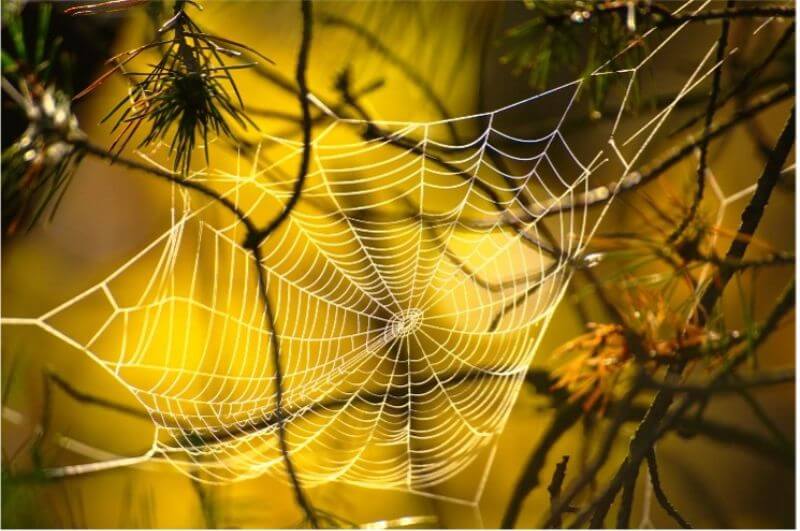 These arachnids rank amongst the Western Cape’s most notorious venomous animals. They boast a fairly large bulk with thick brown fur. In terms of size, they can get up to 6 cm in length. Thankfully, they prefer lightly wooded environments far away from areas populated by humans.

Fortunately, baboon spiders rarely explore human spaces because they administer terribly painful bites. Even though the neurotoxin in their venom is not lethal to us, getting bitten by one would cause a person to experience severe pain. Worse yet, this pain can last anywhere between 10 to 40 hours. In the meantime, all you can do is take pain medication.

The excruciating pain of its bite aside, the baboon spider cannot kill humans. However, dog owners should be wary of the fact that the neurotoxin carried in the venom of baboon spiders is potentially lethal to canines. According to statistical research, roughly 20% of dogs die when bitten by a baboon spider.

If you live in Cape Town and surrounds, you have probably come across or been in the vicinity of rain spiders many a time. These common arachnids love to nest in dry spaces or the corners of your ceilings during the rainy seasons. You can easily identify these medium-sized spiders by their fuzzy brown fur.

The features of their heads can be described as flat and along their legs, you can see an alternating pattern of light and dark brown bands. Rain spiders are typically docile in demeanour and do not actively seek out larger prey. Instead, they feed primarily on insects and sometimes small vertebrates.

Rain spiders do not spin webs to catch their prey. Instead, they prefer actively hunting their prey down by chasing it. Rain spiders will only spin webs when constructing a nest. When it comes to pest control Cape Town actually has much to thank the rain spider for. These creatures’ diet is comprised of many creepy crawlies and critters that we humans often detest, preventing their neighbourhoods from becoming infested with pests.

You should not feel alarmed if you find a rain spider in your house. It will eventually find its way out and as far away as it can get from the lights and the noise you generate inside your home. However, they are prone to dashing at humans attempting to bite when provoked.

In the event that someone is bitten by a rain spider, a doctor would not be necessary to administer treatment. The pain from the bite itself may border on mild in severity and the area might begin to itch as it starts recovering. A rain spider’s bite is akin to a bee sting.

These spiders are considered to be amongst the most dangerous arachnids found in the Western Cape. Not only does their venom contain deadly neurotoxins but they are also found commonly throughout the province which increases the likelihood of encountering them. Pest control Cape Town may be required to deal with an infestation of these spiders.

Black button spiders construct three-dimensional webs inside which they live and catch prey. Unless provoked by external influences, black button spiders are sedentary creatures that do not leave the perch of their webs. They tend to create webbed nests in shaded spaces such as the undersides of rocks and stones.

They are also known to create nests in tall grass or bushes as well. The ideal nesting space for a black button spider would be somewhere far away from people where their environments are not directly impacted by the presence of humans. When they reach adulthood, these spiders are black with a bulbous abdomen and thin spindly legs. On the dorsal (upper) side of their abdomens, you can see a collection of bright red patterns.

Unlike with the baboon spider’s bite, people bitten by a black button spider will have to seek out medical attention immediately. Bitten individuals need to be administered treatment by a hospital’s poison unit. In bad cases, it may even be necessary to administer the appropriate anti-venom. Professional pest control Cape Town specialists should be called in to safely contain and remove black button siders from households. 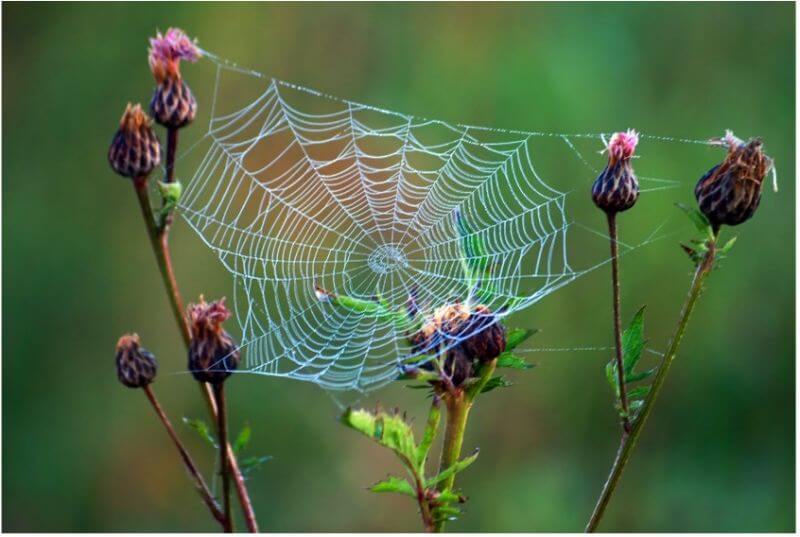 These spiders are what you would call free-living. What this means is that they do not construct webs in which to live. Instead, they explore their surroundings freely – often ending up in our homes! For sac spider pest control Cape Town residents can use strong aerosol insecticides.

Sac spiders are not very big and tend to creep into our houses where any cool and dry spot can suffice as a home. You might see them hiding behind picture frames, deep under your bed, under your neglected underwear, or amongst the dust behind your furniture. You can easily identify a sac spider by its consistently cream-white carapace.

The two rows of eyes on its head are black and sit atop two big claws. You will be able to notice that its front legs are in fact the longest of its 8 limbs. Wherever a sac spider decides to reside within your home, you are likely to find silk sacs. They build these sacs so that they may lay their eggs inside. Their bites are painful but not lethal. Their venom contains cytotoxins that can cause mild tissue damage to the bitten area.

Much like the black button spiders, brown button spiders are prolific throughout the Western Cape province. Their webs are also spun three-dimensionally but, however, they are known to inhabit small spaces closer to and even inside human households. If you look at their egg sacs, you can see the characteristic spikes that line their abdomens.

If they feel attacked, they are more likely to flee somewhere safe and become aggressive. Typically, they only bite people when picked up or placed on the surface of a person’s skin. For brown button spiders pest control Cape Town residents should clean the crevices of their homes regularly.

Similar to the sac spider, violin spiders are free-living and thus do not need to build web structures. With regards to pest control Cape Town residents do not have to worry too much about these spiders since they are typically only found 100 km outside of the city. Violin spiders are common elsewhere in South Africa.

The bodies of violin spiders are small and either brown or grey in colour. On top of their carapaces, you can sometimes see a pattern in the rough shape of a violin – hence the name. Their legs are thin and long. Some violin spiders have dark abdominal spots.

They are typically non-confrontational when encountering larger animals, including humans. When interacted with by humans, violin spiders tend to flee to safer spaces. Much like most spiders, they will only bite people if physically interacted with (e.g., picked up).

Like the sac spider, violin spider bites also administer a venom containing cytotoxins. People bitten by violin spiders can expect to experience tissue damage around the bite area. A common additional effect of a violin spider’s bite is necrosis.

Necrosis refers to body tissue death. This non-reversible condition can lead to the development of gangrene. This means that particularly bad violin spider bites can lead to the loss of large parts of tissue, including fingers and toes.

A safe home is a happy home and anybody can see the sense in protecting their properties from the outside elements. If you are experiencing trouble with critters, diggers, and crawlers, you can reach out to us here and Pest Managers for excellent pest control Cape Town services and advice.

Our highly specialised team can deal with any type of pest control issue you are dealing with. We can rid your property of insects, rodents, birds, and lice to only name a few. We also offer disinfection services for the removal of pathogenic agents from work and living spaces.