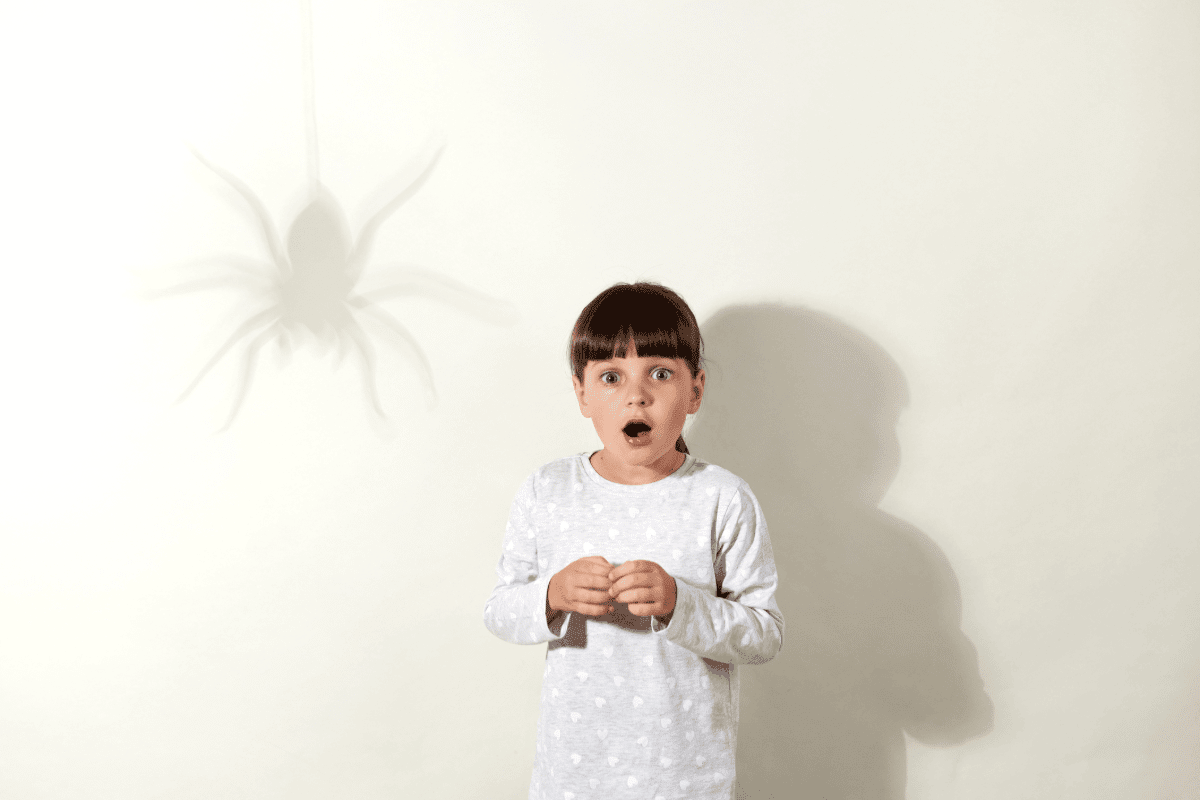 For many of us, and those with arachnophobia in particular, spiders strike fear into our hearts. One way or another, these creatures always find their way into our homes and are typically found strolling along ceilings or making homes in dark corners. Spiders play an enormous ecological role and can be really handy to have around, yet misinformation results in the “kill-without-question” attitude that many of us have adopted when we come into contact with them. In just a few minutes of reading, find out what you need to know about spiders before reaching out to pest control Cape Town companies in the case of an infestation. 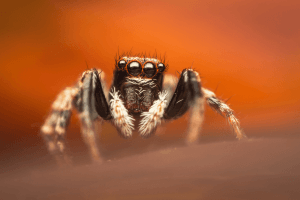 Why squash a tiny pest control Cape Town professional who is working hard to keep pesky insects out of your home? Spiders are one of the world’s most efficient predators – catching flying insects in elaborate traps and even eating smaller spiders in some cases. If you have ever had a long-term arachnid guest or two in your home during the summer, you may have noticed a significant decrease in mosquito and fly activity in your home (which is never a bad thing). Spiders also love snacking on cockroaches, earwigs and moths. If you leave them alone, it is likely that they will provide a level of pest control in your home with no extra cost to you.

Spotting a solitary spider should not cause alarm. Unlike many other insects such as ants and roaches, catching a glance of one in your home does not mean there is an infestation of spiders hiding somewhere in your home. In fact, spiders tend to eat each other. When a spider comes into contact with another, a gladiator-like showdown often ensues. The victor will eat the loser – and again you will have one less bug in your home. 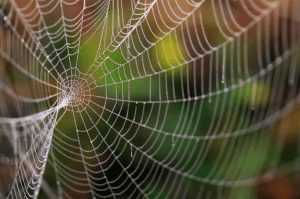 Many pro-spider home owners and pest control experts argue that spiders actually help curtail the spread of insect-related diseases in the home. They do so by catching and consuming pests like roaches and mosquitoes who frequently transmit diseases to humans. Interestingly, there exists a species of jumping spider in Africa who prefers to eat only mosquitoes that are filled with blood.

What it means to share your home with a spider

It is human nature to believe our fortresses and dwellings are impenetrable. Unfortunately, should we ever wish to enter or exit our homes as well as have breathable amounts of oxygen in our space, there will always be gaps for spiders to come in. Some are accidental short-term visitors who will find their own way out in a matter of days. Others have seen the appeal of domestic living and wish to prolong their stay. Most household spiders live up to around 2 years – during which you will have plenty of time to become acquainted if you can learn to tolerate them.

Spiders are usually non-aggressive towards humans and are largely secretive. This is why if you leave them alone, you are likely to only benefit from their presence in your home. Any responsible pest control Cape Town company should advise you to avoid killing spiders to the best of your ability, unless they are poisonous.

What is so scary about spiders?

Most of us feel a range of discomfort to outright terror when confronted with a spider. Perhaps it is all those legs, or the fact that most of them are venomous to an extent (even though the majority of species’ venom is too weak to become problematic for humans – that is if their small fangs can even manage to pierce our skin). There are a few different theories that attempt to explain why so many of us are disturbed by spiders, some being: 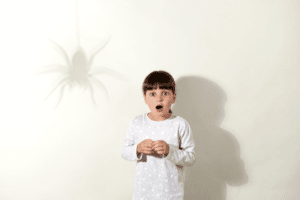 Some researchers have argued that many of us dislike spiders due to “spider trauma,” which refers to the first frightful interaction with spiders being too traumatic for us to forget. The University of Maastricht, in a study, explained that “spider trauma” can condition a person to fear arachnids. This trauma can easily be forgotten as one grows up, although they are likely left with a fear of spiders that persists and cannot be logically justified. This finding is backed by an example group of children who were afraid of spiders having reported more specifically uncanny experiences than children who were not so afraid.

There is also the theory that your fear of spiders could be a matter of genetics. If you ask a group of people what scares them about household spiders, it is unlikely that they will list a concern over their venomous bites as their top anxiety. In fact, out of the average of 45 000 species of spiders in the world, only very few are dangerous to humans. Most people claim to know this, yet it does not stop them from shrieking at the sight of a spider in their homes.

In a study led by Graham Davey from the City University London, it was established that arachnophobia may just be a family trait. Some other aspects combined with the former led Davey to the conclusion that the fear of spiders may be genetic. However, others made the compelling point that growing up in a home where one family member is terrified of the 8-legged creatures is enough to spread the fear to other family members as a reaction.

Our fear of spiders may go back – way back – into the past. At least, this is another theory argued by Davey. According to him, modern humans may be afraid of certain creatures because we are the descendants of ancient hominids that stayed away from and feared what they perceived to be dangerous creatures. It is this fear that allowed for the survival of the human race.

If you simply cannot stand to share your home with a spider or two, there are some safe ways to move them outside. Spiders are not interested in our affairs and prefer to leave us alone – which might make catching them a bit difficult. Regardless, here are a few steps to get arachnids out of your space:

Even though we have over 2,200 known spider species, very few of them have any medical significance. Even those species that are known to bite at all rarely do bite humans. In fact, most “spider bites” are not spider bites at all, but rather small wounds caused by other insect bites or infections. To date, there has never been a fatal spider bite in our country. The following spiders may look big and scary, but the next time you notice them you will know they are harmless (to us humans of course):

South Africa has a number of baboon spiders in great diversity. With over 44 species, 35 of which are endemic to the country, they are a common site. Although they can inflict a painful bite if you decide to get up close and personal, they are not poisonous. 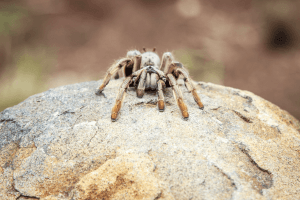 There are 16 species of the hairy field spider in South Africa. They are easily recognisable by their pale and hairy bodies and abdomens that appear to be flattened. The abdomens are decorated with brown and pink markings with large spots. Interestingly, this spider demolishes its own web each morning before dawn and soon after begins construction again. They do not pose any threat to humans. 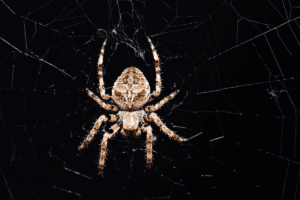 There are a few types of lynx spiders in South Africa, none of which pose any real threat to us. These spiders are active during the day and as a result are often spotted by passers-by. Unlike many other spiders, lynx spiders do not build webs to trap their prey, but are rather “ambush hunters” that stalk their prey meticulously. They enjoy perching on flowers and foliage to pass he hours when they are not actively hunting. 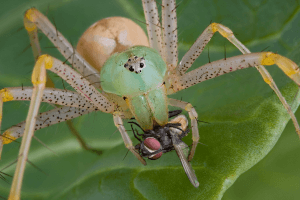 All 9 species of scorpion spiders we see in our country are harmless. They are recognisable by their flattened appearance with red or orange legs (although some all-black variations do occur). Scorpion spiders tend to relax under pot plants, tree bark and stones and are known to be wanderers who do not build webs. Many who have come across them attest to the fact that they are quick to escape when confronted and tend to scuttle away like crabs.

Although it is not common for a home to be completely overrun with a spider infestation, it is not an impossibility. When this occurs, it is important to understand that pesticides are not effective in dealing with spider infestations. Your pest control Cape Town company of choice should understand this and make alternative arrangements. Most insects that are susceptible to pesticides frequently clean their mouths with their feet and legs, which is how pesticides take effect.

Arachnids, on the other hand, have legs that elevate their mouthparts and any mouth contact at all is done so via special appendages that do not come into contact with the ground. Therefore it is unlikely they will fall prey to pesticides in this manner. Should you find yourself battling with a spider infestation, your pest control Cape Town company of choice will devise a unique solution for your specific situation. Regardless, here are a few tips to try to keep your large spider population under control:

At Pest Managers, your trusted pest control Cape Town company, we are in the know about all the best-practices when it comes to eradicating spider infestations, which makes us the ideal choice for your troubling situation. We offer affordable rates and use years of experience to apply tried-and-tested techniques that are specifically adapted to your unique pest control needs.