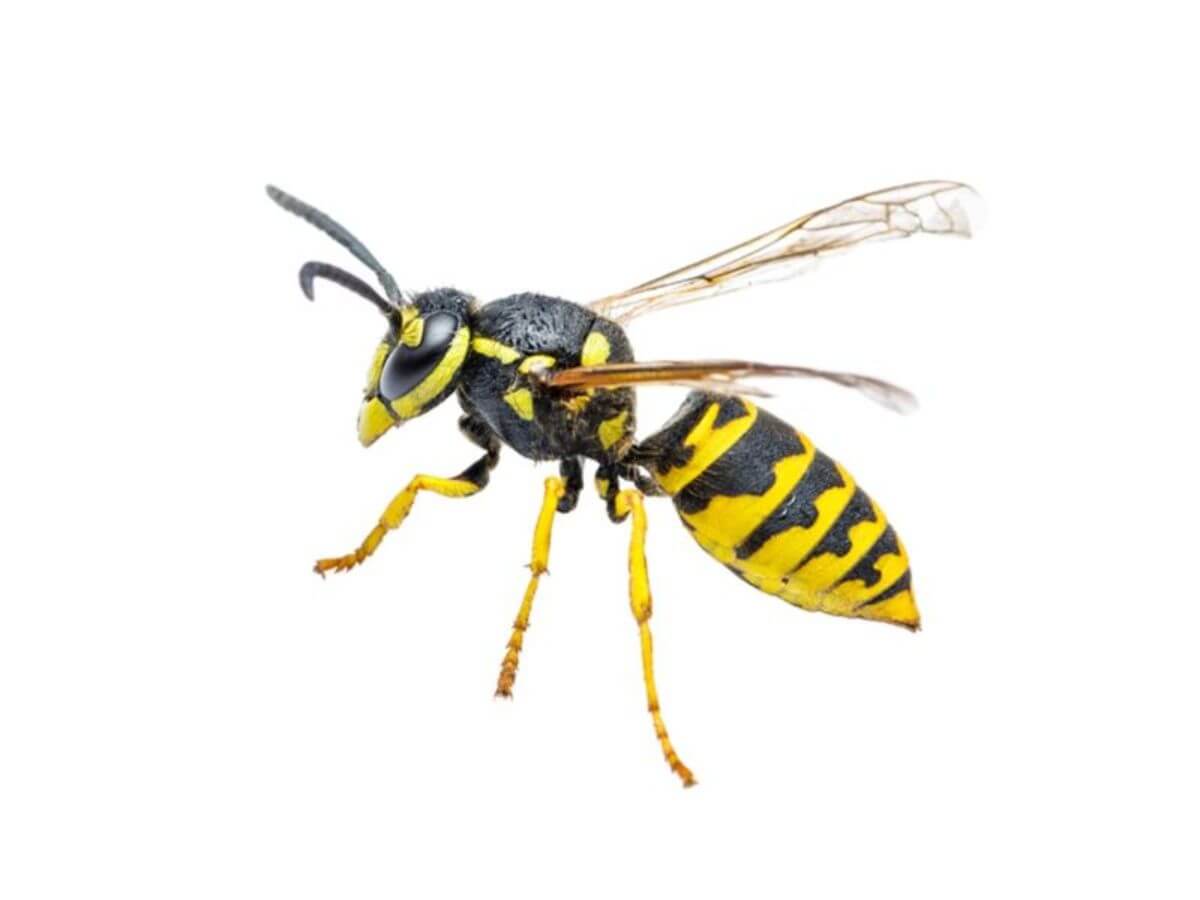 Wasps are intriguing insects. On the one hand, they are often villainised for their aggressive behaviour that can result in you becoming victim to their painful sting. On the other hand, they are a complex species with behaviours that have numerous environmental and pest control benefits. We explore all the interesting facets of wasps and demonstrate when you should call Pest Managers for wasp pest control Cape Town.

Wasps are a commonly found insect in South Africa. Wasps have a protective exoskeleton and a streamlined body with a pinched waist. Wasps are omnivores as their diet can consist of nectar, fruit, and insect prey. Typical wasp predators include geckos, dragonflies, and birds.

Wasps are divided into two categories based on whether they live in a group or alone. The majority of wasps are solitary wasps. Solitary wasps, such as potter wasps, mud dauber wasps, and cicada killer wasps, can thrive without the help of other wasps to capture food or make nests. Solitary wasps are generally less aggressive but will sting if threatened.

Social wasps, such as yellow jackets, paper wasps, and hornets, will depend on their group for building nests and catching prey. Social wasps will have a Queen wasp, who is generally much larger than the worker wasps. The worker wasp’s purpose is to ensure the larvae are fed and kept safe from other predators. 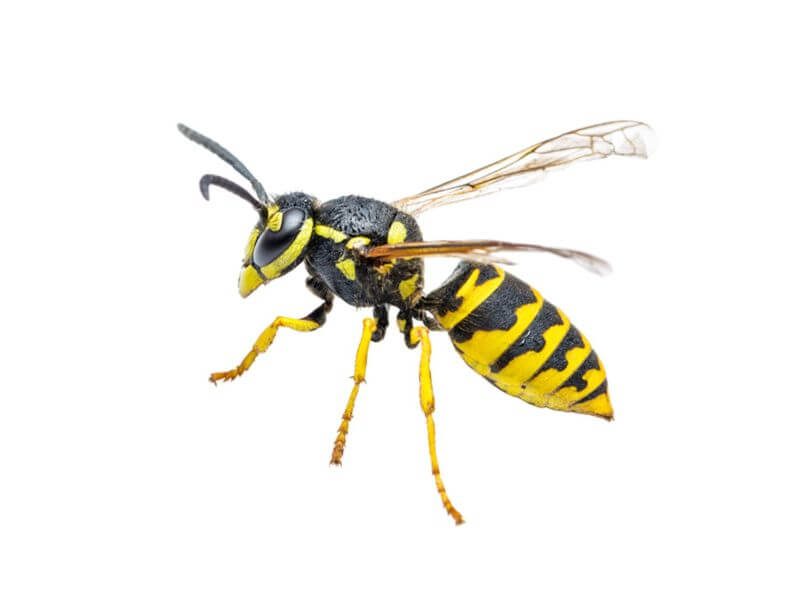 Types of Wasps in South Africa:

There are roughly seventy-five thousand wasp species worldwide. We take a look into the five types of wasps you commonly find in South Africa.

Spider Wasps: Spider wasps, which include numerous sub-species, are solitary wasps that gain their name from their diet of hunting and eating spiders. Spider wasps will capture and paralyse the spider with their venomous stinger.

Mud Dauber Wasp: Mud dauber wasps, or Sceliphron Caementarium, are large wasps with black abdomens and yellow legs. They gain their name from building their nests out of mud.

German Yellow Jacket Wasp: German yellow jacket wasps, or Vespula Germanica, are social wasps that are native to Asia, Europe, and Northern Africa. Yellow jacket wasps are commonly mistaken for the Cape honeybee because their appearance is similar.

European Paper Wasp: The European paper wasp, or Polistes Dominula, is a medium-sized social wasp that has a distinct black and yellow striped pattern on its abdomen.

The German yellow jacket wasp and the European paper wasp are invasive wasp species. You will typically find these problematic invasive wasps in the Western Cape.

We understand that it can be hard to look past the gut-wrenching fear a wasp can cause when it is flying at you in the garden, but indigenous wasps do serve an important purpose. We take a look at the two benefits of wasps.

Pollination: We often associate pollination solely with bees, but certain wasp species are pollinators as well. Certain wasps will eat flower nectar, and in the process transfer pollen as they flit from flower to flower. Pollination is critical for the survival of numerous plant species.

Pest Killers: Wasps are both pollinators and predators. Almost every pest has a wasp that will act as a natural biocontrol. Wasps are therefore beneficial pest killers for agricultural purposes and to reduce the number of pests which become a problem in our homes. 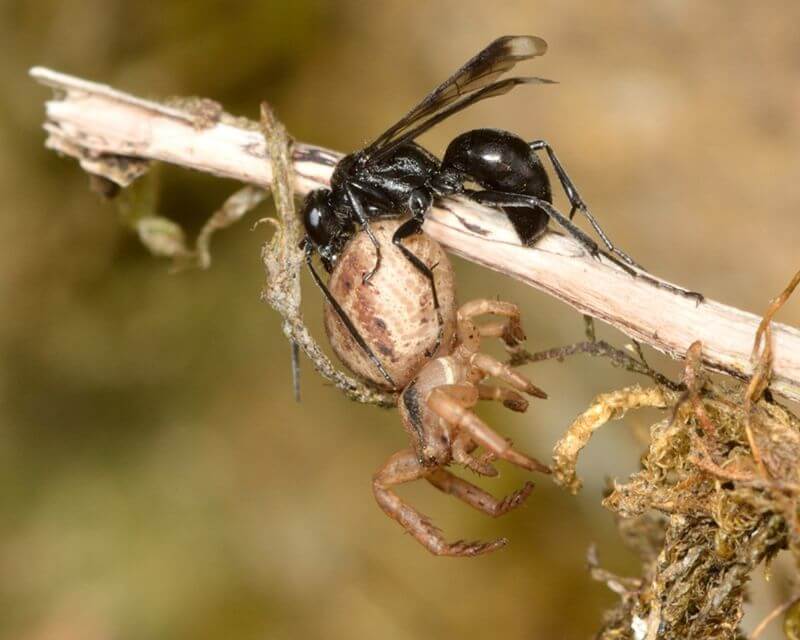 Unfortunately, the benefits of wasps are often overlooked due to their waspish behaviour. Wasps are highly aggressive insects. If wasps feel threatened or if they feel that their hive is being threatened, they will readily attack.

Only female wasps in certain wasp species have stingers that they use to inject venom into their prey or to use as a defence mechanism when they feel threatened. Wasps can repeatedly sting you as their stinger is not barbed like a bee’s stinger, and can therefore result in you having multiple wasp stings. 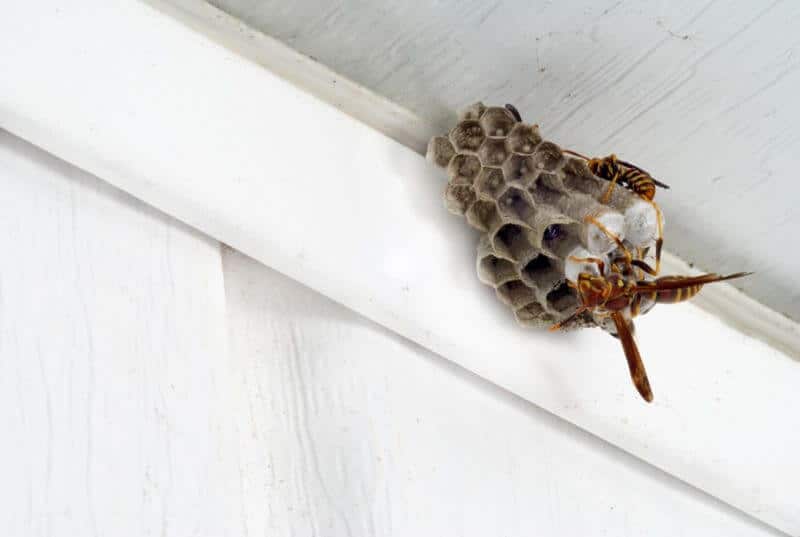 Many South Africans will have a fateful tail of experiencing a wasp sting. Wasp stings involve an initial sharp pain or burning. This will then be followed by a red swollen bump and can feel itchy. Although a wasp sting is painful, the pain usually subsides within a few hours and people recover without the need for medical treatment.

If you have an allergy to wasp venom, a wasp sting can be fatal. If you are stung by a wasp and experience severe swelling, difficulty breathing, or a drop in blood pressure, you should seek medical treatment immediately.

Both solitary and social wasp species make nests. We have outlined the different types of wasp nests you can find in your home.

Yellow Jacket Wasp Nests: Most yellow jacket wasp species build their nests on or under the ground. They are difficult to locate and can become dangerous if you step on one. There can be up to 5000 yellow jacket wasps in a nest. 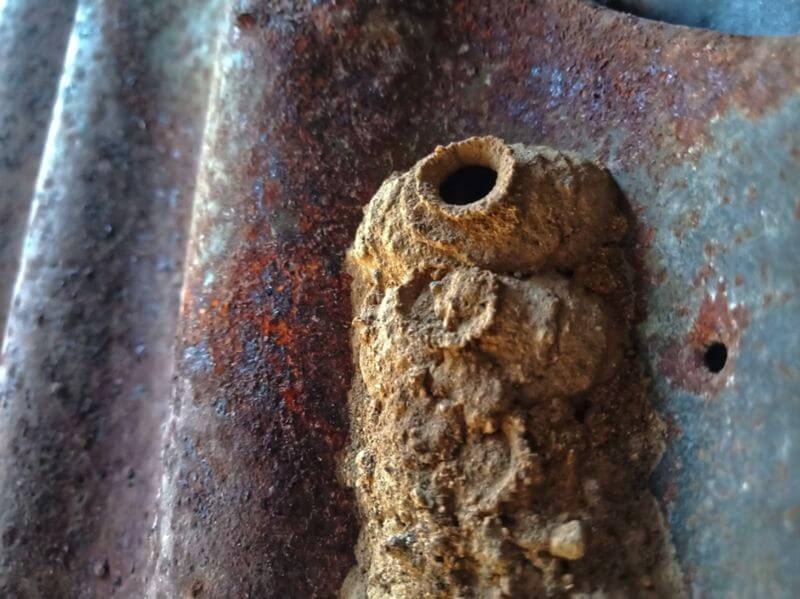 How to Prevent Wasp Nests in Your Home:

Unlike bees who make a permanent nest, wasps will make a new nest every year. This increases your chances of a wasp deciding your veranda or bedroom is the ideal place to call home. The most effective way to avoid having wasps nest in your home is to take these preventative steps.

Do Regular Checks: We recommend doing regular checks around your home, especially in Spring, to see if any wasps are starting to build a nest. Check for wasp nests in covered areas such as under awnings, in garages, and outdoor sheds.

Seal Entry Points: If you have any holes in your doorways, windows, or your roof, these are ideal entry points for wasps to enter your home and make a nest indoors or in your walls. By sealing all entry points, you are preventing wasps from being able to nest in your home.

Keep Windows and Doors Closed: By keeping your windows and doors closed when you are not home, you can prevent wasps from entering your home and building a nest without you knowing about it.

Use Fake Wasp Nests: If your area is prone to wasps, one option is to invest in a fake wasp nest. Wasps are territorial insects and certain species will avoid building a nest in places where other wasps have already nested.

Cover Outdoor Bins: Outdoor bins can become a free buffet for wasps. When bins are left uncovered, flies and other insects are usually attracted to the rotting food. This then makes for easy hunting for wasps. Make sure your outdoor bins are covered with a lid as this will avoid attracting any insects which may bring wasps to your home.

Never Leave Sugary Drinks Unattended: Sitting in the sunshine and sipping on an ice-cold Coke is a treat on a hot day. Unfortunately, you are not the only one attracted to sugary drinks. If you leave sugary drinks unattended outside, you may attract wasps to home and they may decide this is a great place to make a nest.

Plants Which Repel Wasps: If your home and garden are prone to wasp nests, we recommend planting a few plants which repel wasps. Plants such as mint, thyme, citronella, and basil have shone to work as wasp repellent due to their strong smells.

What to Do When You Discover a Wasp Nest:

We have listed some steps to take if you ever discover a wasp nest in your home or garden.

Avoid Getting Close: There are numerous suggestions on how to catch a wasp nest, such as taking a black plastic bag or plastic container and covering the nest. We recommend avoiding getting close to a wasp nest, as this behaviour will make the wasps feel threatened and lead them to protect their nest by attacking you. Certain wasps, like the Yellow Jacket wasps, will swarm and sting you repeatedly.

Leave the Wasp Nest Alone: If the wasp nest is in an area where it will not bother you or cause any problems, you can leave the wasp nest alone. This is especially recommended for indigenous wasp species. 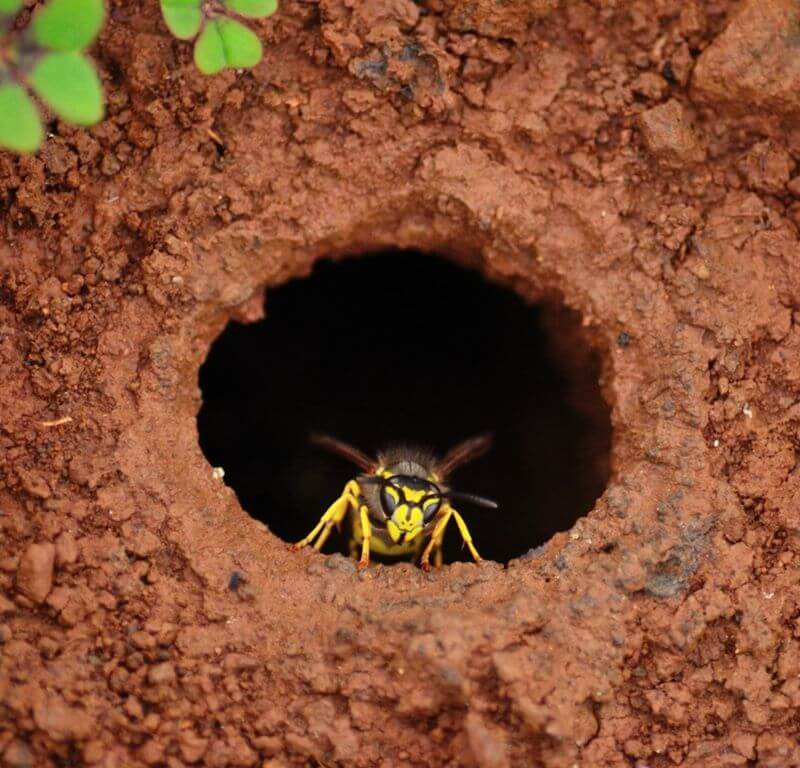 Pest Managers is a pest control Cape Town company. If you have a wasp nest problem in your home, we are readily available to assist you with a professional wasp removal service.

We understand that it can be stressful having a wasp nest in your home. This is why we offer a quick and affordable pest control Cape Town service so that you can get back to feeling safe and comfortable.

Pest Managers offers an environmentally friendly pest control Cape Town service. We will quickly remove any wasps from your home or garden in a way that does not put your health, the health of your pets, or the health of the surrounding environment at risk.

Our pest control Cape Town services are 100% guaranteed. Our technicians are highly experienced in pest control and we can ensure that every wasp will be removed from your property.

If you have a wasp problem in your home, call Pest Managers for quick and effective pest control Cape Town.