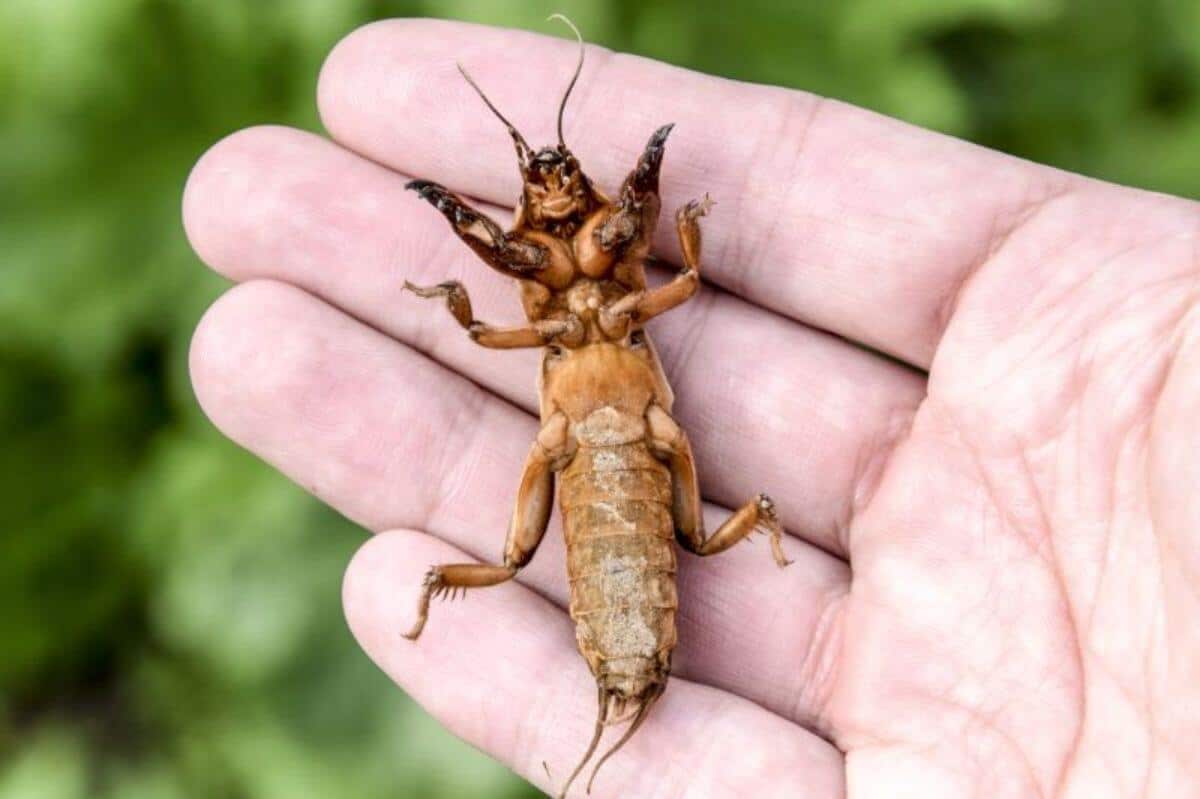 Some of them keep us awake until the early hours of the morning with their incessant chirping . Others ravage our gardens and crops. Regardless of their offenses, crickets are undeniably some of the peskiest pests out there. Usually highly active during specific times of the year, these pests frequently become the bane of homeowners all over the country, and in particular, the Mother City of Cape Town. With this in mind, in just a few minutes of reading, find out more about the South African crickets that plague your home and gardens and what pest control Cape Town companies such as Pest Managers can do to solve your problem. 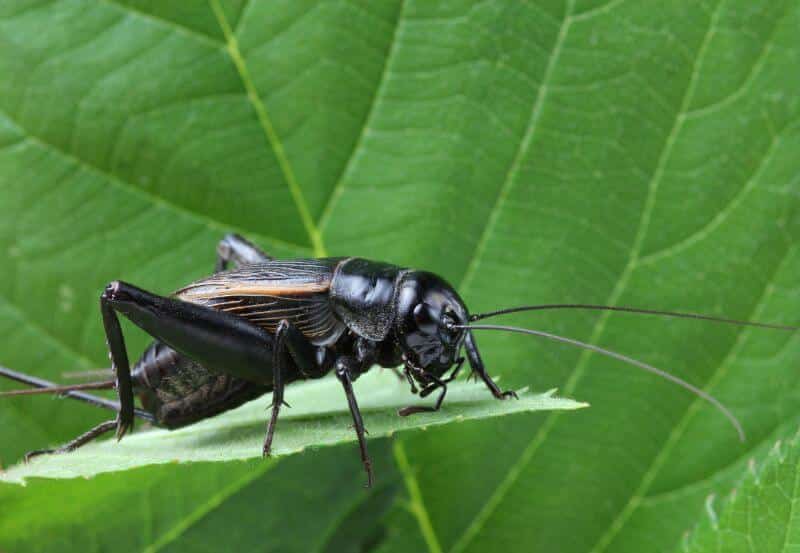 Why are crickets considered as pests?

Most of us have had the horror of being victim to a cricket’s incessant chirping while we desperately try to sleep. In many cases, it can take hours to find its hiding place, within or outside your home, and by that time, we have lost too many hours of sleep to be productive the next day. Crickets are infamous for their ability to “sing”. They do this by rubbing a certain part of their body against another, producing the sound that is known as stridulation.

The body parts that are rubbed together are known as the file and the scraper. The file is comprised of small ridges, so the action of rubbing can be compared to one rubbing a comb along an object to produce an audible sound. In many cricket species, it is the males that sing most audibly. The females do stridulate, however they do so more quietly. When females are in the area, male crickets produce a sound that deviates from their usual noise as they attempt to court the females.

Besides their incessant noisemaking, crickets are also known to ruin paint jobs, clothing and linen. They are particularly fond of soiled cloth, and are highly drawn to it. They are not known to be dangerous, yet they can cause a considerable amount of damage within your home. This is because they tend to feed on fabrics such as wool, fur, linen, cotton and silk. Any fabric that has been dirtied by perspiration or food is a point of interest for them, and when a few crickets find these items, they can really cause some damage.

Like us humans, crickets are omnivorous, feeding on both meat and plants (and your fabrics). Due to the nature of their diet, they can pose a huge issue to your garden or crops. In the garden, crickets are fond of munching on the seeds and stems of any plant, and in particular, barley, fruits, corn, grass, vegetables or wheat. A heavy infestation could lead to rows and rows of seedlings destroyed in only one day.

Most cricket species have jaws so strong, they can chew through cardboard and plastic bags, which means that even the food in your cupboards or on your counters is not safe. If you have cats, you may even find crickets stealing morsels of cat food, another one of their favourites. Fortunately, you can alleviate your cricket problem in a humane manner when you call an eco-friendly pest control Cape Town company such as Pest Managers.

In most cases, crickets tend to emerge significantly during autumn or late summer. Their eggs are laid in autumn and each female produces between 150 and 400 eggs. At 3 months old, they are considered fully grown and are capable of flying and producing more offspring. This explains why outbreaks can become so severe, very quickly. Firm, bare soil is the perfect place for egg-laying. Eggs remain in the soil during winter and hatch the following spring. 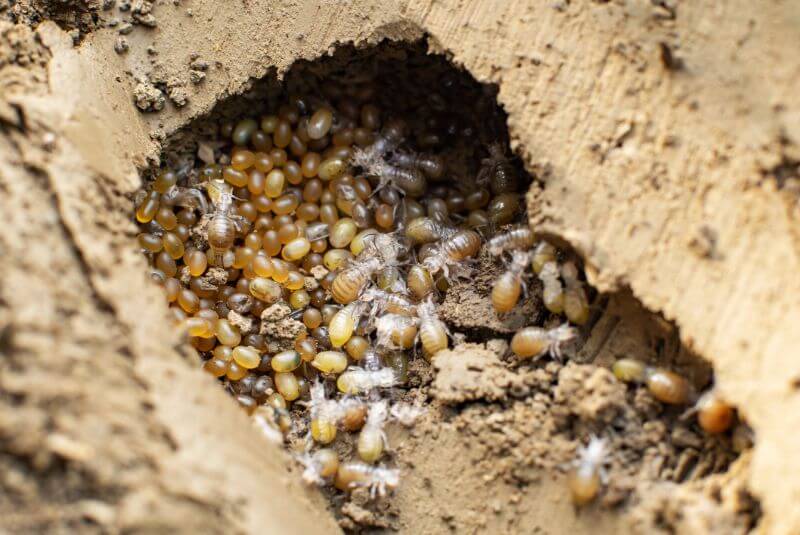 Part of the Gryllidae family, also known as “true insects,” crickets are widely known and recognised by their jumping abilities. You can identify them by their 2 pairs of wings, long antennae, flat bodies and powerful hind legs. The wings in the front have been described as leathery and firm, whereas the hind wings are membranous and considerably longer, as they are used for flying. There are a bunch of different cricket species, some of which are shiny black and some brown.

You will also notice that crickets have a set of thin, abdominal appendages named cerci that serve as sensory devices. Depending on their species, crickets can reach lengths of between 3 millimetres and 50 millimetres.

Now that you have a general idea of crickets and their habits, you may be interested in learning about many of the cricket species you may encounter in our own country. To help you on your way, our pest control Cape Town company has compiled a list of facts about some of the country’s most common cricket species:

Also known as the Common Garden Field cricket, this species is recognisable by its relatively large body and shiny-black colour, as well as its fondness for warmer climates. If you have ever stepped foot in a pet store, you may have seen, or heard, these crickets in containers being sold as pet food for reptiles and spiders. They are also notoriously loud during the evening in the warm seasons. Male black garden crickets rub their serrated wings against each other, vying for the attention of nearby females. This “romantic” gesture is often what gives us sleepless nights.

These crickets are often found in urban areas such as cities. They are an important food source for birds, mammals as well as reptiles. They can grow to lengths of around 2.5 centimetres, and are also notable for the 2 spikes that protrude from their abdomens. Their wings are recognisably held flat down on the body. While male black garden crickets have faint, red streaks on the sides of their bodies and on top of their legs, females on the other hand have red dots above their wings. Females also have another appendage that looks like a stinger, which is used in the egg-laying process.

Recognisable by their yellow-brown colour with 3 dark-coloured crossbands on their heads, house crickets grow to about 16 millimetres to 22 millimetres. They have antennae that are often described as “threadlike” which are usually longer than their bodies. Their wings are pressed flat against their backs. Should you see a few house crickets in your home, you can make the assumption that you are dealing with an infestation. These crickets are particularly drawn to moist, warm environments within homes or other buildings.

They, like most cricket species, are known for their chirping noise that usually occurs during the evening hours – much to our horror. Another indication of an infestation is chewed fabric, with clear mandible marks (visible with magnification) along the surfaces. The marks are extremely small, however, each less than 1 millimetre wide. No need to suffer any more sleepless nights due to these pesky crickets, however, as you can call pest control Cape Town for a reliable solution.

Also commonly referred to as the “Parktown prawn,” the African king cricket is endemic to South Africa. They were informally dubbed the Parktown prawn due to their large presence in the Johannesburg suburb of Parktown. These crickets may grow between 6 centimetres to 7 centimetres in length, and are recognisable for their orange or light-brown bodies with black stripes along their abdomens. They also have antennae that are usually as long as their bodies.

While homeowners are not among those who enjoy the African king cricket’s presence, many green thumbs enjoy having these crickets around since they control the snail population and are a popular source of food for hadedas. This cricket’s diet includes vegetable matter, cat or dog food in urban areas, as well as other invertebrates.

Having been received their name due to their humped appearance similar to that of a camel, these crickets are also known as spider crickets or cave crickets. This is because they are prone to inhabiting caves and cool, damp spots under stones, logs and leaves. Their population exists in most countries, and live up to 1 or 2 years. They are known to have a light to dark brown colour, often with mottled patterns and dark bands on certain parts of their bodies.

They grow to lengths of 13 millimetres to 33 millimetres. Unlike most cricket species, the camel cricket does not possess any sound producing appendages, nor wings. Instead, these crickets have long, powerful limbs which they use to leap away when feeling threatened. Their long antennae help them to navigate the dark spaces in which they gather.

Cylindrical and rather chunky, these crickets are not known to jump, and instead create a recognisable, loud and droning buzz while in flight. They are disliked by many as they pose a significant threat to our gardens. Like many cricket species, they are fond of damp or even outright wet environments, and enjoy eating the roots of grasses and other plants. Potato tubers and strawberries are two of their favourite snacks. 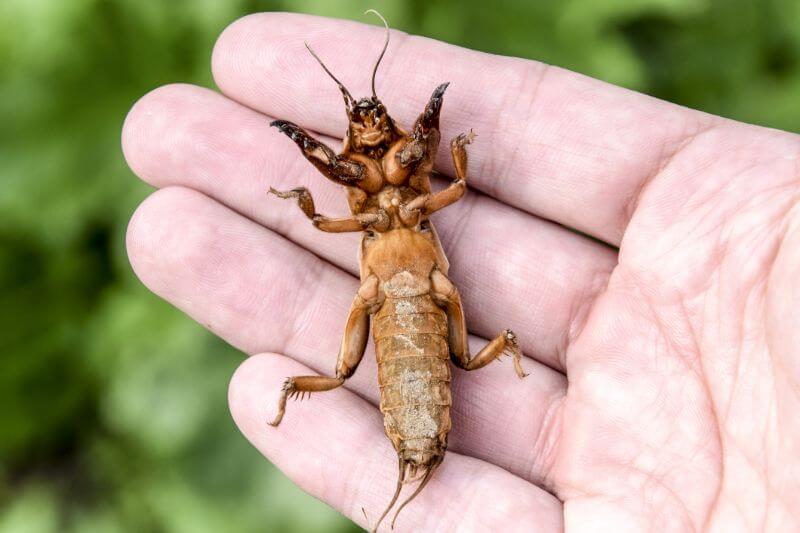 While in flight, their wings have been said to appear as large fans. These crickets are suckers for light, which is why they are often seen buzzing around street lamps or attempting to enter the home through windows. They usually dig and inhabit burrows near a water source, which is why they are known as “mole” crickets. Should you see evidence of these burrows, as well as notice your plans appearing as though they are weakening or withering, you may need to consider the possibility of a mole cricket infestation.

By calling a pest control Cape Town company such as Pest Managers, you can begin the journey of eradicating your garden of these pests in an environmentally friendly manner.

How to tell the difference between crickets and grasshoppers

Many of us are guilty of having mixed up grasshoppers and crickets. However, there are a few ways that you can tell them apart, such as: 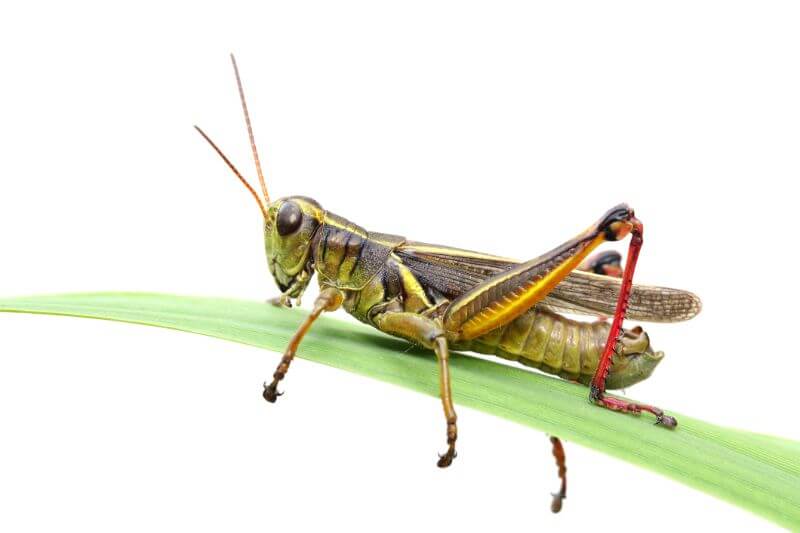 While a pest control Cape Town company such as Pest Managers will offer effective solutions, there are a few ways in which you can actively try to discourage crickets from entering your home.

Like most bothersome insects that invade our homes, crickets gain access through entry points, such as the gaps under doors and window cracks. Should you wish to prevent future infestations, consider sealing these vulnerable points. 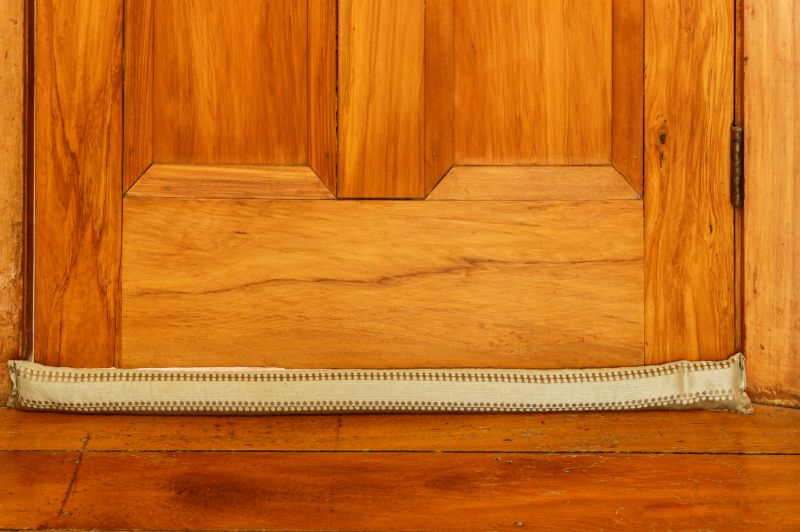 We at Pest Managers offer affordable and effective pest control Cape Town solutions when it comes to crickets. Say goodbye to sleepless nights and damaged fabrics and plants when you call us to solve your cricket problem!