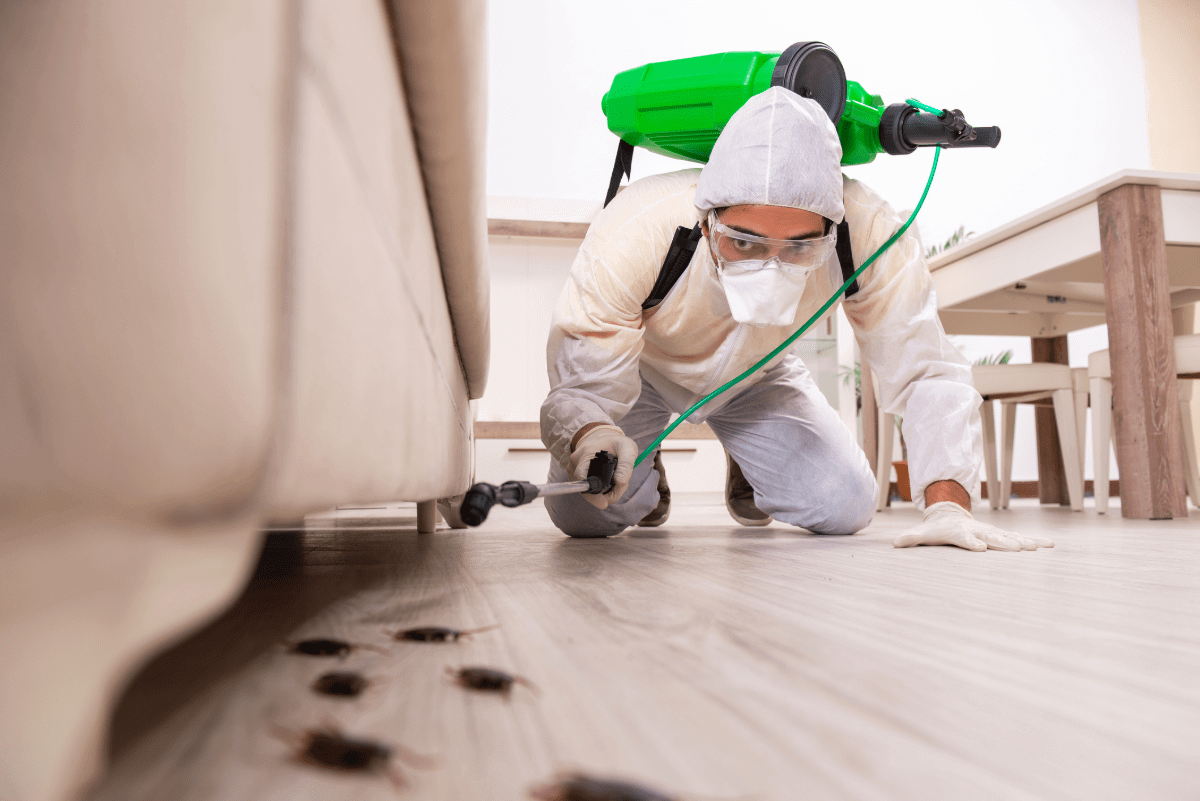 In addition to being uncanny and off-putting, having a pest infestation can pose several health risks if not treated appropriately. It is not only the insects who sting or bite that have the potential to cause harm, but also those whose droppings and dust are in close proximity to us that can threaten our health. In just a few minutes of reading, find out about some common pest-related health threats and how calling pest control Cape Town companies such as Pest Managers can help keep you safe. 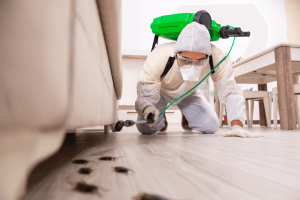 As a leading pest control Cape Town option, Pest Managers offers affordable and humane pest control solutions, while at the same time, mitigating health risks posed by infestations. There are various diseases and health conditions related to certain pests, and the following is a guide on how the most common pests can cause health reactions:

In any garden or backyard setting outside your home, you can expect to find certain insects – which is completely normal and is a representation of South Africa’s insect population. In some cases, however, you may be facing an infestation of dangerous insects. There are some backyard insects that are highly aggressive, and often revert to stinging or biting when feeling threatened. If you have a family with small children, it is likely that they will not know how to act appropriately around these insects, nor be able to identify them before curiously approaching them.

These bites or stings can lead to skin irritation at best, and allergic reactions at worse – some being extremely severe. People who are suffering from an adverse reaction to a bite or sting must seek immediate medical attention. Many insects found in your garden have the ability to spread allergens such as pollen which can ultimately cause itchy skin and other troublesome reactions.

Pest control Cape Town guide on ants inside the home 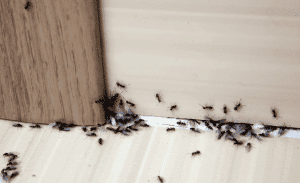 Ants are fantastic builders and spectacular at communicating. If one ant finds a great source of food or water inside your home, you had better believe that that single ant will tell its friends and more will follow. From then on, the colony’s top priority will be to get as much food or water from your home as possible, and oftentimes there is little you can do about it – especially if your home has doors with gaps under them or other appealing entry points. While most ants do not pose a biting or stinging threat, they can present other health issues.

When ants flock into your kitchen, there is a chance that they could contaminate it. Unlike other pests such as ticks, mosquitoes or fleas that can themselves “spread” diseases, ants are only capable of transporting several food-borne illnesses – such as salmonella. This is certainly not something you want in your kitchen. This is why at the first sign of a serious ant infestation inside your home, you should call a pest control Cape Town company such as Pest Managers to solve the issue. 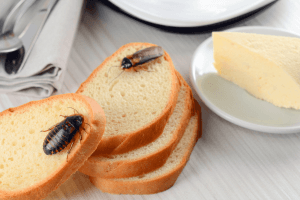 Perhaps one of the most feared and detested pests out there, spotting cockroaches in your home or business can give even the hardiest of people a fright. Cockroaches are talented at breeding quickly, producing a startling amount of infant roaches with each hatching. They are also great at hiding, which means that when you spot one in your home, it means that they have run out of space to hide… (shiver). Cockroaches can introduce bacteria such as salmonella and E.coli to your home – by contaminating everything they come into contact with.

Further, they have the ability to cause serious illnesses such as dysentery, diarrhoea, gastroenteritis as well as food poisoning. To make matters worse, cockroaches can also exist as an allergen to some people (more often than not, those same individuals who are allergic to lobster and shrimp). The National Institute of Environmental Health Sciences has reported that one in five children (in the United States) has serious issues relating to cockroach allergens. Said allergens can be found in the droppings and saliva of roaches as well as directly on their bodies. Symptoms are often akin to those of asthma.

Many would be shocked to see how a rodent can squeeze itself into the tiniest space imaginable. You may not need to even see a rat to know that you have an infestation, as pointers such as droppings, gnaw marks as well as sounds in the walls, roof or floors all serve to indicate you have a problem. While rats can spread diseases through biting, it is more likely that humans will contract an illness through contact with their saliva, droppings or hair. Further, diseases can be spread through the mites or fleas that rats carry on their bodies (whether they wish to or not).

Rats often flock to undisturbed areas such as storage cabinets and pantries. The latter is especially dangerous, as the rodents having unadulterated access to your food stores is highly dangerous. One rodent-borne disease that poses an enormous health risk to humans is Hantavirus – which causes severe respiratory illness and calls for immediate medical attention. If you notice any of the abovementioned pointers that could indicate a rat infestation, immediately get into contact with your preferred pest control Cape Town company and request help.

Arguably the most annoying pest out there, mosquitoes thrive in the summer months and produce en masse in areas with still spots of water. Not only does their shrill buzz have the ability to invoke great frustration, but these insects pose major health threats. The bite of a female Anopheles mosquito can transfer the mosquito-borne disease – malaria. If not treated quickly, it can be fatal, and often is in areas that are economically stunted. This disease usually occurs in sub-tropical and tropical regions. Symptoms of the disease include:

In Cape Town, however, the possibility of contracting malaria from a mosquito bite is unlikely – though never impossible. However, even though the mosquitos that have infested your space cannot give you malaria, it does not make their bites and presence less frustrating. Some people are susceptible to major skin reactions and itchiness as a result of their bites, more so than usual. A pest control Cape Town expert will be able to identify breeding spots and advise you on the best routes to solve your mosquito problem.

Medical records show that stinging insects send more than 500,000 victims to emergency rooms every year. Stinging pests such as hornets and wasps are remarkably aggressive and revert to stinging when feeling threatened. Oftentimes, most people are stung when trying to remove a nest on their own without adequate equipment and experience. Unlike bees, wasps and hornets can sting more than once – posing an even greater risk. 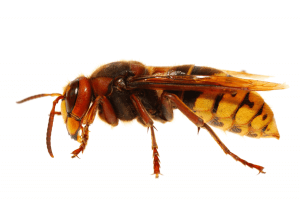 On the topic of bees, these insects are also often considered as pests (although they are far less aggressive than their cousin stingers and usually only sting when highly threatened and bothered by humans). The fact that they die once they have employed their stinger stands testament to the fact that their sting is usually a last resort. Bees play a huge ecological role and are pivotal in keeping our planet green. You may not be aware, but wasps and hornets also play a large role in pollination – meaning that they also contribute to the environment even though they do not produce honey.

For this reason, if you are facing a stinging insect infestation, it is essential that you contact a pest control Cape Town company such as Pest Managers, who value humane hive and nest removals and prioritises eco-friendly practices. Should you wish to remove a hive or nest yourself, you must still consult a professional to ensure your safety – as multiple bites and stings can trigger a plethora of allergic reactions and other health risks.

In recent years, Lyme disease has presented a major risk to the health of human beings. The disease is transmitted by ticks and the disease is identifiable by a “bull’s eye” rash that surrounds the bite, as well as severe fatigue and flu-like symptoms. Those with supressed or compromised immune systems are most at risk when it comes to tick bites. You can identify a normal tick bite by its appearance akin to a mosquito bite – and in most cases it should resolve itself in a few days. 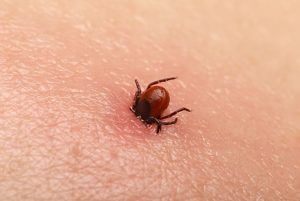 Strolling amidst tall grass and spending time with animals are two ways to bring ticks into your home. If you find that you are covered in bites or have noticed ticks in your home and covering your pets, it is advisable that you reach out to your local pest control Cape Town company for assistance to prevent any possible health risks.

Fleas do not only affect our animals, as they can become troublesome pests for us humans. Usually popping up in the warmer months, they are quite happy to feed on any warm-blooded bodies. Their bites trigger serious allergic reactions as well as itchy and unattractive marks on the skin. Because fleas are so tiny, (smaller than the tip of a pen), they are hard to spot with the naked eye, which means that eradicating them on your own can be a daunting and often impossible task.

These insects are also impressive acrobats, meaning they can jump startling distances from host to host. Despite being highly pesky and difficult to get rid of, fleas also pose severe health risks such as skin dermatitis. In rare cases, they can cause the following diseases:

As soon as you notice fleas in your home or notice their itchy bites, it is time to call your local pest control company for viable solutions.

Being aware of your furry companions and pests

Even if the pests that are occupying your home and garden do not pose a massive health threat to you and your family, the ways in which they can affect your pets should be a big consideration and motivator for you to arrange pest control Cape Town services. It is ticks and fleas that pose the greatest risks to your animals, and in particular, the diseases that they can spread. For example, if your dog contracts Lyme disease, it may experience fever, swollen and painful joints, deceased appetite and in some cases – kidney failure. If your pets spend a lot of time outdoors and amidst tall grasses, the likelihood of them picking up these pests is increased – which is why you should regularly check their fur and skin for signs of an infestation. Because cats tend to catch and terrorise rodents as well as insects, they are highly susceptible to gaining some pesky passengers as well. 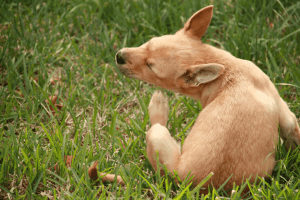