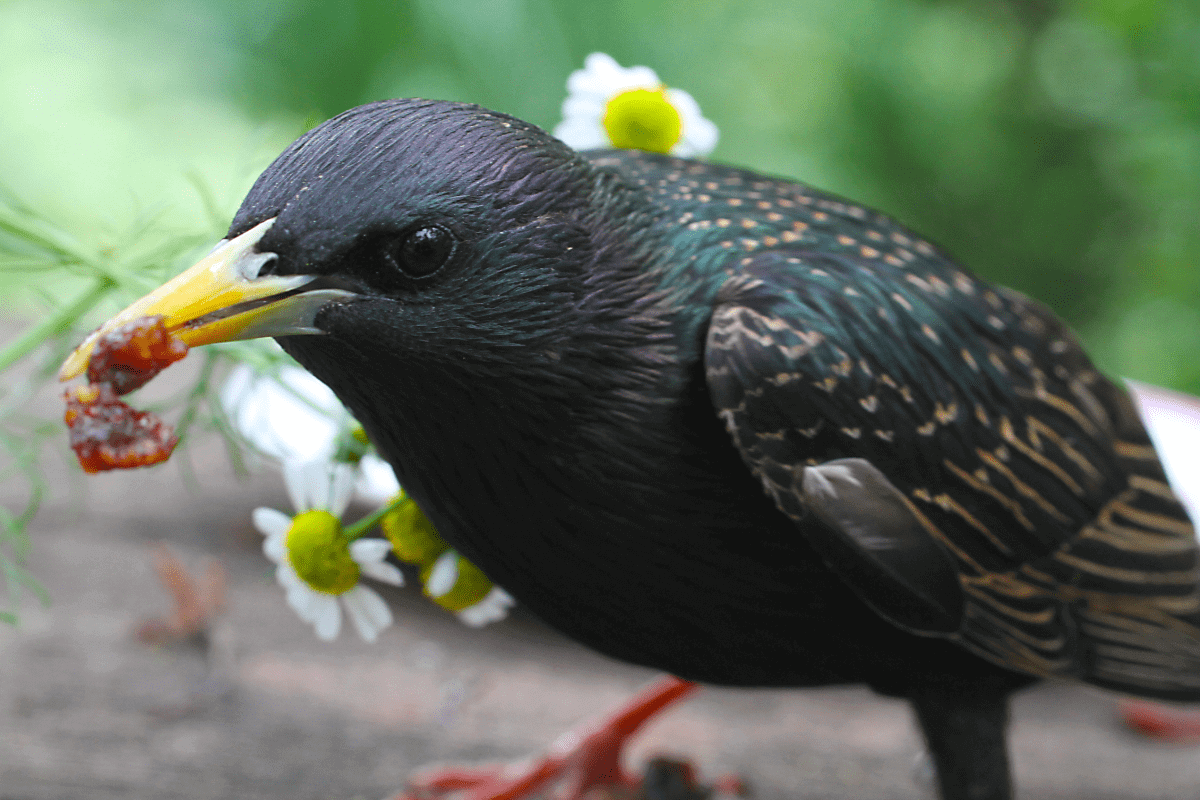 In big cities such as Cape Town, we live amongst birds. If you look upwards and around you at any given time of the day, it is most likely that you will catch a glimpse of a bird flitting through the sky. Despite a certain level of harmony we share with wild births in cities, as well as their crucial part in the balance of nature, there are some bird species that can become pests when they nest in the wrong locations. In just a few minutes of reading, learn about how pest control Cape Town companies such as Pest Managers can help you with a bird problem. 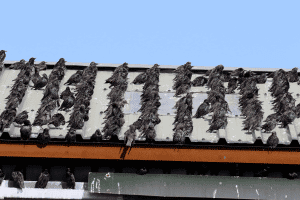 Before we launch into the intricacies behind bird control, you may be wondering what it is at its simplest core. Bird control refers to the methods used to address a pesky bird population and deter them from landing, roosting and nesting. The following birds are often considered to be pests: 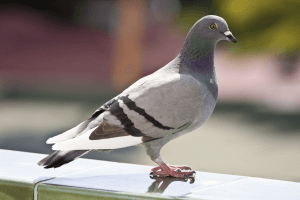 Bird control is necessary in cases of major infestation so as to prevent the spread of health-related problems to humans. It is important to understand that these instances are rare and only likely to occur if you are living in very close proximity to a large group of infected birds. The faeces of an infestation of birds in some cases can cause issues such as psittacosis, cryptococcosis or histoplasmosis.

Psittacosis: is a disease in humans that is contracted from certain birds such as pigeons and sparrows. This is considerably rare, however. If a human contracts this illness, they can experience anything from inapparent illness to severe pneumonia in some cases. It is likely that in this case, the illness would be spread via airborne inhalation of dried faeces or feather dust. This would be applicable if you are experiencing a large infestation of pest birds.

Cryptococcosis: is a fungal lung disease that has the potential of being fatal. The disease is contracted through the inhalation of infectious material, one instance for which birds can be to blame in rare cases. Pigeons in particular are known to be guilty of spreading this material. For example, pigeon breeders experience this disease on a wide scale. Immunocompromised people are most at risk of developing symptoms.

Histoplasmosis: this is another fungal disease which also mainly affects those with suppressed immunities. In most cases, infected individuals show little to no symptoms, and coupled with the fact that this is a very rare disease, infection is not a high likelihood. If one contracts the condition however, it will be due to exposure to soil that is contaminated with a large amount of bird faeces, and conditions would vary from mild manifestations to life-threatening in rare cases. Starlings, sparrows and pigeons are a few birds that often carry this disease – and it caused by yeast that is found in their intestinal tracts.

A large infestation of birds also has the potential to spread lice to humans. If birds are landing or nesting in areas frequently used by humans, there is a chance of transferal. Bird lice enjoy residing in cotton and fabrics which are ideal spots to lay eggs. Bird lice are even smaller than fleas and as a result are hard to spot. They are more active at night which means there is an even smaller likelihood of you noticing them on outdoor furniture, for example. 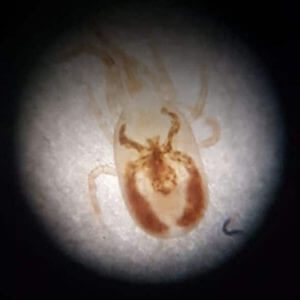 Bird lice cling to several bird species such as robins, sparrows, pigeons, starlings and chickens. It is when nests are abandoned that bird lice frequently leave to seek other hospitable environments, such as your home or commercial premises if they are in close proximity to nests. Some characteristics of a bird lice problem in your space include:

Eco-friendly pesticides are usually used to address bird lice, and your pest control Cape Town company that offers this service should make quick work of the issue.

While contracting these diseases or is highly rare, a very large infestation of pest birds as well as close exposure to their faeces or feather dust respectively does have the potential to infect human beings. The same applies to the spreading of bird lice. If you are facing such an infestation, it is recommended that you contact your trusted pest control Cape Town company such as Pest Managers to assist you in alleviating the problem. With a 100% success rate in the field when it comes to bird control, Pest Managers is certainly a viable contender.

There are various bird control methods that pest control Cape Town companies make use of. Some of these methods include:

Because birds adapt rather quickly to what they perceive to be false threats, the most effective avian control methods are those that present physical obstacles that prevent them from settling and nesting. Some examples of physical deterrents include steel or plastic spike structures. However, the other aforementioned methods are still used as a result of their success.

Visual deterrent: this is arguably the most cost effective method of bird control, and often takes the form of a visual decoy that serves to scare birds away and prevent them from nesting in appealing areas. In many cases, they take the form of birds of prey and have the ability to move in the wind, giving the appearance of a live bird. Other products frequently used include holographic flash tape (which creates a visual disturbance and discourages birds from landing), scare balloons which work in a similar way as well as the former. If your pest control Cape Town company installs a visual deterrent, they will either move it around frequently or advise you to do the same.

This is because birds tend to adapt relatively quickly to these products and they will lose effectiveness if they remain in the same area. Moving them around regularly is a good way to keep pest birds away.

Sonic devices: keep birds away through emitting ultrasonic waves that while silent to most people, emit an annoying, high-pitched sound to birds. This method causes no physical harm to birds and is a good way of driving them away to calmer and untreated areas away from your immediate vicinity. For this method to work, however, there must be enough available surfaces which will reflect the sound waves.

Multi-sensory deterrents: refer to gels placed in dishes on surfaces that repel birds.

As previously mentioned, it is the physical bird deterrents that are the most effective in repelling birds. The following four products carry certain pros and cons: 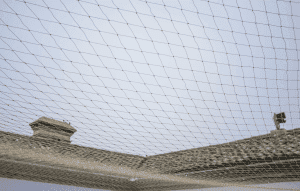 Bird netting is a suitable solution for covering large spaces, and does best for the prevention of starling or sparrow infestations. Your pest control company will know which type of netting is the most appropriate for your premises if this method is applicable to your space. It physically blocks birds from landing in certain areas.

This is probably the most common physical deterrent, and often comes in the form of plastic or metal spikes installed on surfaces that would be ideal for birds to perch or nest on. Although they look dangerous, the majority of birds can recognise the surface to be unhospitable and will avoid them entirely. Of course, some birds do defy norms and build their nests atop the spikes in rare cases.

This option is considered to be discreet and is a suitable replacement for spikes, which is why it is frequently used by pest control Cape Town companies. The wire uses high tension and is installed over surfaces to make landing on them rather uncomfortable for birds.

Contrary to how harsh the method sounds, it does not cause real harm to birds. It is even approved by several animal rights groups. It issues a small electric shock when a bird comes into contact with the product, and through this creates a psychological barrier which will prevent birds from gathering on your property.

Some pest control Cape Town companies, such as Pest Managers, ensures the human removal or deterring of birds. We at Pest Managers recognise the importance of birds in the environment, and are one of the few pest control companies that are 100% eco-friendly. This means that our products and services are designed to ensure that no direct harm may come to the environment when you enlist out services. When it comes to bird control, it is important to preserve the lives of birds wherever possible. 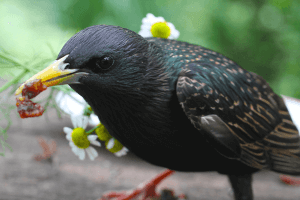 Birds play a massive ecological role in our world, even in big cities such as Cape Town. It is also only natural that large numbers of birds flock to cities, considering that they are built in their natural roaming grounds. Birds play a vital role in seed dispersal as well as interchangeably take on the duty of being both predators and prey. They feed on pesky insects as well as provide food for decomposers and scavengers alike. Although many see birds as pests and their presence certainly can be seen as an annoyance, their ecological significance cannot be ignored.